The Art of the Duel

The pitcher’s duel can be a thing of beauty and yesterday at Northeast Delta Dental Stadium, 8,107 fans (and a handful of stellar media members) were witness to a gem of a duel between New Britain’s Liam Hendriks and New Hampshire’s Zach Stewart. Both pitchers came into the season ranked by Baseball America as the sixth best player in their respective organizations, but both pitchers came into the game riding different waves of success as of late.

For the Rock Cats, Liam Hendriks came into the game with 6 straight starts where he allowed 3 or less runs, going 4-1 in that stretch. The righty from Perth, Australia extended that streak to 7 straight, as he used an array of pitches to stifle the potent Fisher Cats lineup.

Zach Stewart on the other hand came into the affair on a downward swing following a 4 game stretch where he allowed 20 runs and 33 hits in 20 innings of work. He had only won one game in that span. On Sunday he used a combination of power and finesse to pitch one of the best outings of his pro career.

Hendriks used some nasty breaking pitches and a quality fastball that was touching 91-93 throughout the game. He allowed only 5 hits, all of which were singles and the only run he allowed was a fluky one. With Darin Mastroianni on first base, Mike McDade singled to right field, but the speedy Mastroianni was running with the pitch and immediately bolted towards third base. As the throw was coming back into the infield, second baseman Yangervis Solarte held on to the ball and the speedy Mastroianni just kept running. By the time Solarte reacted it was too late and Mastroianni was sliding under the tag at home. 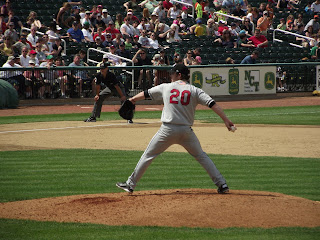 That was Hendriks only blemish on the day in the run department. Otherwise he was solid, forcing 6 groundouts and 8 fairly benign flyouts. This kept the heat on Stewart throughout the game.

Instead, Stewart gave his team something to work with, a scoreless 8 innings, the longest outing of his pro career. Stewart’s heat was topping out at 96 and he mixed in a dazzling array of junk and off speed stuff. The weather also helped his cause as Stewart hadn’t seen the sun in at least his last four starts, working mostly in damp conditions.

“Zach pitched very well tonight,” said Fisher Cats manager Sal Fasano. “I kidded early on the pregame show that this is the first time he’s pitched with good weather in about a month, so it was actually nice to see him get out there. “ 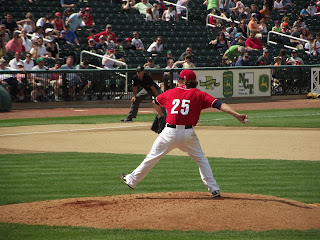 Added Stewart, “It was nice to throw in some good, warm weather without any drizzle or rain or anything. That was definitely a plus.”

Stewart was masterful on the mound, allowing only 3 hits and 1 walk. He was zoned in from the get go, consistently painting corners and nailing the targets that catcher Travis d’Arnaud laid in front of him.

“A lot of it today was Travis,” said Stewart of his trusty backstop. “He called a great game and he seemed to be locked in with what pitches to throw and what counts. He did a great job back there.”

Stewart induced 10 ground ball outs and 4 fly ball outs, only one of which had any pop to it and that was in his last inning of work when Deibinson Romero flied out to Anthony Gose in deep center field. Otherwise Stew scattered 3 hits and 1 walk before departing after 8 full innings of stellar work.

Both bullpens would eventually come in and blow things up a bit as the Rock Cats tied things at 1 in the top half of the 9th, followed by a walk-off rally by the Fisher Cats in the bottom of the 9th. But today was about the starters, who dazzled and dueled like two top-notch competitors should.

NOTES and NUMBERS – Let’s talk numbers for a second here. First off, NeDDS had some great stats yesterday, starting with a perfect 79 degree day with the sun popping from start to finish…The paid attendance for yesterday’s game was 8,107, which was the largest home crowd of the season, the 7th largest home crowd ever for the Fisher Cats and the largest ever on a Sunday…The busiest players on field were second basemen Yangervis Solarte and John Tolisano who were involved in a combined 12 plays in the game…The Fisher Cats are now 12-3 when wearing their red jerseys…

Here are some additional sights from yesterday’s 2-1 Fisher Cats victory over the Rock Cats at Northeast Delta Dental Stadium (click the image for a larger view): 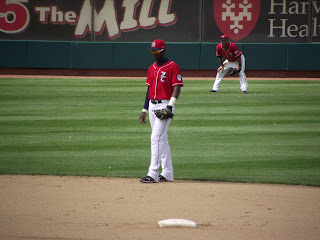 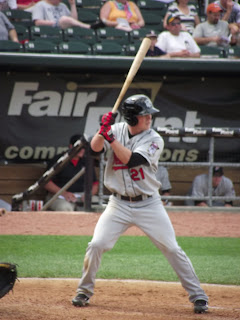 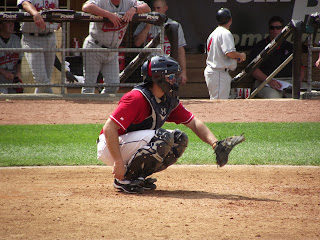 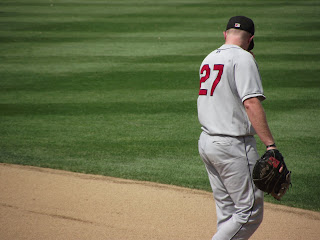 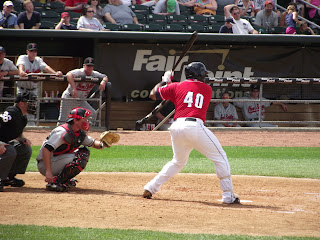 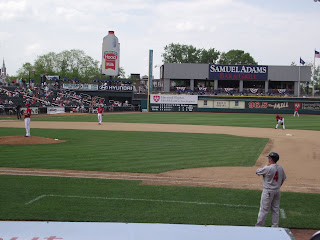 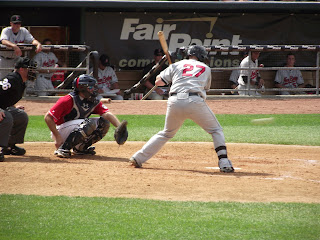