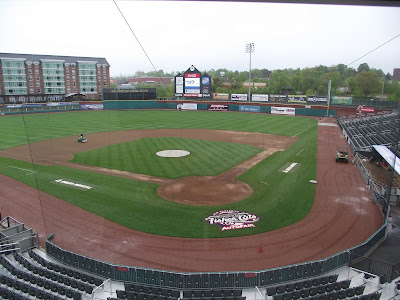 We're live blogging from Northeast Delta Dental Stadium in foggy, gloomy, Manchester, New Hampshire as the Fisher Cats look to sweep the Binghamton Mets out of town in the finale of a three game series. After today the Fisher Cats move on to New Britain for a four game set between the two top teams in the Eastern League's Eastern Division.

The 12:00pm game between the Reading Philles and the Portland Sea Dogs at Hadlock Field has been postponed, so the Dogs pack up and head to Trenton for three games starting tomorrow.

Pitcher Henderson Alvarez has been added to the Fisher Cats roster this morning, Matt Daly was placed on the DL retroactive to yesterday. Alvarez, a 21 year-old righty from Venezuela, pitched in two games in single-A Dunedin this year, picking up one loss to go along with a 6.48 ERA. He is expected to grab one of the starts in Sunday's double header with the Rock Cats. 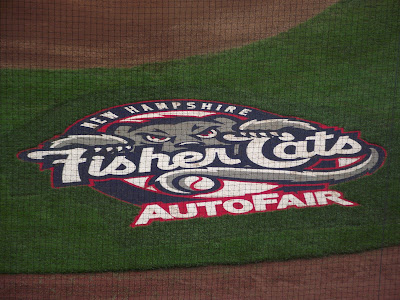