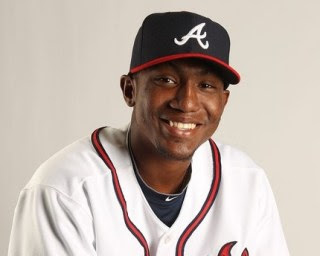 This past Thursday I made the trip down to McCoy Stadium for a nooner as the Gwinnett Braves closed out a four game set in Pawtucket. The Braves had uber-prospect Julio Teheran on the mound, the Sox countered with Andrew Miller.

I was anxious to finally get a chance to check out Teheran, especially after the 20 year old got a spot start with the big club last Saturday, where he pitched well in his MLB debut. He would not disappoint on this day, going 7 2/3 innings with his only real trouble coming in the two-run second inning.

Teheran is a head full of Jeri curls away from being Pedro Martinez and a gold chain away from Oil Can Boyd. The kid has some great, fluid mechanics and a frame that reminded me of both. He makes it look effortless most of the time and he repeats his delivery consistently from the windup and the stretch, working at decent pace. His heat came in at 92-93 from the first inning to the seventh, without any real wavering except for when he would rear back to try and put more on it, causing control problems and leading to four walks on the day. His breaking ball was hitting 72-73 on the gun and had a ridiculous 12-to-6 drop on it that buckled a few knees on the day.

Thanks to Andrew Miller, the game turned into a dazzling pitcher’s duel, as the PawSox lefty refused to hand the spotlight over to Teheran. Miller was impressive, allowing only one hit, a Wilkin Ramirez solo shot i 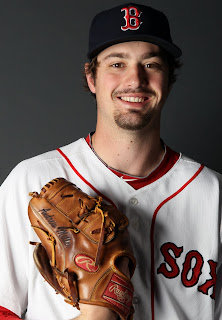 n the fifth inning. He tactfully worked out of some early trouble in the first after he walked two batters and calmed down after that, making only the one error in hanging a pitch for Ramirez to pop over the left field wall.

Much to most people's surprise, Miller was yanked in the sixth inning after the lead-off batter reached on an error. He had only thrown 85 pitches to that point and had struck out six batters by mixing in a deadly curve to accompany his low-90s fastball. For all of his control issues this season (24 walks in 30 2/3 innings), Miller looked fantastic when he was on and is not killing himself with the base on balls. He looks confident on the mound and he works at a great clip that keeps the game moving at a good clip.

Although both deserving, neither pitcher would walk away with a win in this one as the game wore on into the late afternoon tied at two. In the top of the fifteenth, Stefan “Don’t Call Me Gordon” Gartrell hit a two-run shot off of Blake Maxwell to put the Braves up for good.

All-in-all it was a great day at the ballpark. Got to see two great pitching performances, got six free innings of baseball and even walked away with a foul ball!

Teheran will probably be up-and-down with Atlanta this season, but his age ensures that he won’t be up for good until probably next season, and then the sky is the limit!

Miller has so much to prove to the masses that hyped him for so many years since he started in the Tigers system, and it looks as if he may be finally putting it all together. He just needs to tweak the control a bit more and who knows what could happen.

It will be interesting to see how both of these pitchers progress the rest of the way.