It's simply amazing that we are heading into the last full month of the season. It's kind of sad really. BUT, it doesn't have to be as our local Minor League organizations will make sure that you have every opportunity to enjoy the remainder of the season in style. "Fun" is the word as we look at some of the more appealing promotions across the region for the month of August.

Connecticut Tigers
1st - C.T. the Tiger's Birthday - Considering the Tigers haven't even existed for a year yet, it's tough to believe that C.T. is already celebrating a birthday. I think its just an excuse for him and his mascot buddies to 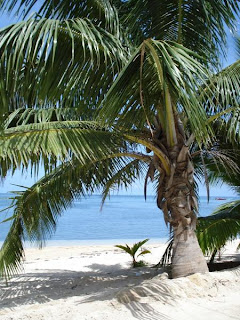 get together, throw back a few libations and mess with some kids...either way, could be a fun way to spend a Sunday!
13th - Halloween at the Ballpark - Despite the fact that it's a Friday the 13th in August, it may be tough to talk some people into dressing up in some hot-ass costume. But I assume there will be free candy, so that could outweigh the humility of wearing that Yoda costume again.
28th - Palm Trees & Baseball - As summer winds down, it's time to get in that one last day of sun, fun and relaxation...and baseball. Dodd Stadium is the place to celebrate the greatest season of the year.

Lowell Spinners
12th - Pink Hat Giveaway - So much to say...so many people to offend here...biting tongue...you know who you are, so just go get your pink hats and stay out of the way please!
21st - Jersey Pillow Giveaway - If you've drooled too much on your current evening headrest, then the Spinners can help you out with a new one. Since Lowell has been anything but hot all season, we will assume that both sides of the pillow remain cool at all times.
31st - Mike Eruzione Bobblehead - I bet most of you wonder where Mike Eruzione goes during the the four years between every Winter Olympics. For one night at least, we have found him!

New Britain Rock Cats
5th - Beach Night at the Ballpark - Another night celebrating the season of Ra. Get yourself a free beach towel and make the most of it over the last true summer month of the year.
17th - Motorcycle Night - I assume the pre-game festivities for this one will be quite loud. Also pick yourself up the last of the four Supercuts Stadium Superstars Poster Series.
28th - Football Night with Football Giveaway - Are you ready for some football? It's only two weeks until the NFL season kicks off, so it's time to warm up the throwing arm for the tailgate and the Rock Cats are going to help you out by giving you a free football.

New Hampshire Fisher Cats
7th - Renew Your Wedding Vows Night - The couple that watches baseball together, stays together. So there is no better way to honor that sacred bond that the two of you made years ago then to combine the great game with a renewal of your wedding vows right on the Merchantsauto.com Stadium field. I do...again!
17th - Kevin Youkilis Bobblehead Giveaway - Red Sox fans beware! If my calculations are correct, every single bobblehead giveaway of a Sox player this year in New England has been of someone on the disabled list. Beckett, Buchholz, Pedroia, Ellsbury...Hopefully Youk can buck the trend.
27th - Fisher Cats Frisbee Giveaway - I think we can combine some days here. Grab a Rock Cats beach towel on the 5th, get your Fisher Cats Frisbee on the 27th and check out the Connecticut Tigers Palm Trees & Baseball day on the 28th. Summer-summer-summer-time...

Pawtucket Red Sox
5th - Team Poster/On-Field Autograph Night - This is a pretty cool giveaway that is actually available for all fans entering McCoy that night. Everyone gets a team poster and from 5:00pm-6:00pm, you can have it signed by the players. Who knows, you may even get a rehabbing big leaguer to sign for you.

13th - PawSox Travel Mug Night - Score a PawSox travel mug thanks to the fine folks at Dunkin Donuts. Makes a great gift for that major leaguer who is shuttling between Portland, Pawtucket and Boston during his rehab for a pulled groin.
19th & 20th - Dora the Explorer Appearance - Dora the Explorer returns to McCoy stadium for not one, but TWO nights! There is also a chance to meet Dora in the VIP Room on the 20th...I wonder if the VIP room to meet Dora is similar to what the VIP room to meet Motley Crue was like back in the '80s. I wonder if I can get arrested just for typing that? 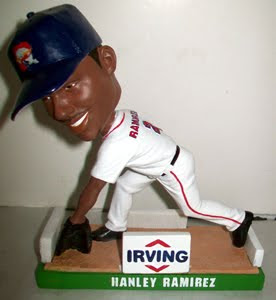 popular Sea Dogs over the past few years gets another bobblehead night (The Marlins honored him back in '07). Ramirez played in Portland during the 2004 & 2005 seasons before he was traded to the Marlins as part of the Josh Beckett deal. Now he's simply one of the best players in all of baseball. So "hustle" to Hadlock to get one of the 1,000 Hanley heads on hand.
22nd - Shriners Day - Come watch an old guy drive a little car while wearing a fez! I feel like the Shriners are a dying breed, but they do great charity work, so they should be commended and maybe if people took a cue from their motor vehicle choices, we'd all be less dependent on oil.
30th - Lunch Cooler/Bag Giveaway - Just in time for the start of the school year. Trick your kids out of the house on a nice Monday evening and get something checked off of your school shopping list all at once.

Vermont Lake Monsters
6th - Buster Olney Appearance & Bobblehead Giveaway - One of the better baseball scribes in all the land and native of Randolph, Vermont, Buster Olney gets the bobblehead treatment in Burlington. He'll actually be on hand as well, presumably to make sure he gets his hands on one. So only 499 left by my count.
25th - "Hot Dog Heaven" 25-cent Hot Dog Night - This one is pretty self-explanatory...but definitely worth noting. Where else are you going to find a $0.25 hot dog on August 25th, 2010? Get some friends together and "Joey Chestnutt" the night away.
27th - Mystery Bobblehead Night - This is an intriguing bobblehead adventure in my eyes. It's the last home game of the year for the Lake Monsters and its my guess that they will be trying to dish all of the leftovers from seasons past. President Obama bobblehead anyone? Anyone?

Of course don't forget about the regular routines that happen consistently at all of the parks. The Kraft Singles Tuesday Night Tickets offer (buy one ticket and get one free when you bring a Kraft Singles wrapper to the box office) continues on until seasons end. The Rock Cats continue their Saturday pre-game block parties and Thursday Happy Hour specials, the Spinners give everyone a chance to win with their Scratch Card Giveaways during every Saturday and Sunday game, and much, much more. As always, there is definitely something for everyone in the family to enjoy. So go out and collect your fun before the conclusion of another baseball season.
Posted by Craig Forde at 12:00 PM