In what we will try to make a weekly feature, Farming New England will take a look at what is happening with each team, in an effort to stay on top of all things Minor League Baseball in the region.

The PawSox just finished up a four game set down in Lehigh Valley and ended the series with a 4-2 win, their only victory on the brief road trip. Tonight they start a two game series against Rochester, then they play a two game series at McCoy against Syracuse, Saturday and Sunday, before they hit the All Star break. The big news for the weekend is Sunday's rehab start for Josh Beckett. Beckett hit the DL back on May 19th with a lower back strain and Saturday's start will mark his first live game action since May 18th. As of today, limited seats are still available for Sunday's game down in Pawtucket.

The Rock Cats' July started off on the right foot, with two straight wins, but they have since dropped five straight heading into today's afternoon game versus Reading. After today, New Britain heads up to Portland for a four game set that will take them to the All Star break. Pitcher Josh Gibson continues to impress, allowing only 2 earned runs over his last 19 2/3 innings pitched. I would not expect him to last the season in New Britain, so it's best to catch him prior to his imminent promotion to AAA Rochester.

Despite the fact that 3B Shawn Bowman continues to rip the cover off the ball, he will not be playing in the All Star Game next week. Outfielder Adam Loewen was chosen to take his place in Harrisburg, which is an amazing accomplishment considering just two short years ago he was pitching for the Baltimore Orioles. Also, Travis Snyder returned to his Fisher Cats roots where he was an Eastern League All Star in 2008. Snyder is on a rehab assignment for a sprained wrist that has had him on the DL since May 17th. No word on how long he will be with the club, but so far he has appeared in two games.

The Sea Dogs continue their roller coaster season, treading water around the .500 mark with a 42-43 record heading into the day. After New Hampshire leaves, they will host the Rock Cats for four at Hadlock. The last series they won was when they took 2 of 3 games against New Britain, June 25th-27th. Reliever Jason Rice was recently added to the Eastern League All Star roster in place of Sea Dogs pitcher Stephen Fife who will be unable to pitch in the game. Fife is still expected to take place in the festivities, pushing the number of Sea Dogs stars to four.

The Tigers took down Mahoning Valley last night 5-4 on a walkoff single by catcher Julio Rodriguez in the bottom of the 10th inning. Connecticut is currently 11-8 on the season and are four games out in 2nd place. After being sent down from West Michigan, pitcher Luis Sanz went 3-0 with 0.56 and was sent back up, but proceeded to allow 5 earned runs over 6 2/3 innings on July 5th. 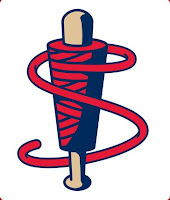 The Spinners are reeling to start their season. They have only one win over their last nine games and to make things worse, the Al Kaprelian bobbleheads didn't arrive in time for their July 8th giveaway! When things are going bad, they are going bad all over. Lowell currently has a 5-14 record and are already 10 games back in the Stedler division. They are second-to-last in league batting average, their pitching staff owns the second highest ERA and they only have one save to their credit. Yet they continue to sell out games...and that's the best thing about Minor League baseball.

The monsters of the New York Penn League reside in Burlington, Vermont. The Lake Monsters own a 15-4 record, the best in the league. They have so-far matched team records for longest win streak and longest home win streak. Although their hitting has been timely, their pitching has been other-worldly, notching a 2.17 league leading ERA, with second place Auburn pulling up far behind at 3.04. Four Vermont starting pitchers rank in the top 26 of the NY-Penn League in ERA as well. So far they have only one loss in the month of July as they head out on a six game road trip through Mahoning Valley and State College.
Posted by Craig Forde at 10:19 AM